While working at St Johns Medical College as a houseman, I was posted for three months at a primary health center about 100 kilometers from Bangalore. At our small center, catering to the surrounding 8 villages, we saw between 30-60 patients on any given day and about a 100 during outreach camps. Whilst working there, I noted a commonality in almost every patient that came in with common symptoms like mild fever, skin rashes, gastritis or, India’s favorite symptoms, fatigue, and weakness! Every patient who complained of these grievances was most unhappy when prescribed oral medication, topical creams and especially when advised lifestyle changes. Their favorite response was, “Injection?!” 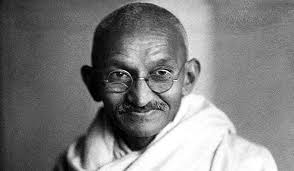 My interest in the Gandhian principles of Health and Medicine began when I attended a guest lecture at my Medical College by one of the foremost experts on Mahatma Gandhi from Hyderabad (Ironically an American!) He spoke to the students and faculty for an hour on the relevance and importance of incorporating the aforementioned principles in to modern clinical practice. I was most intrigued by the lecture and thereafter read the book ‘A Guide to Health’ written by Mohandas Karamchand Gandhi himself and published in 1921.

The book was written at a time we consider among the dark days in Medicine. Antibiotics were few and far between, vaccines were a relatively new concept in India and ‘traditional medicine’ was the norm rather than the ‘estranged distant cousin of allopathic medicine’ that we tend to consider it today. He didn’t have randomized control trials, a plethora of scientific journals and copious guidelines to comb through. This was based purely on his observations and experiences in England, South Africa, and India.

The story I began with bears testament to the fact that so much of what he talked about is as relevant today as it was back in the early 1900s. “Ignorance is one of the root causes of disease”, when it comes to health still holds true to a large extent in our country despite the so-called ‘Information Age’. Although information is open to all and sundry, Dr. Google does more harm than good since the common man does not understand the probabilistic nature of clinical medicine and therapeutics. Today’s healthcare fallacies could have in essence been predicted and avoided just by referring to his short 134-page manual. He speaks of the importance of knowledge but unfortunately in India today, a thorough understanding of health and medical knowledge exists in silos, that is, only among doctors, nurses and pharmacists.

His focus was on being healthy rather than actually treating disease and he gave great importance to being healthy in both mind and body. In fact, many of his recommendations have now become recommended clinical diets, such as the salt restriction diet, and even some fad diets have taken off such as the Paleo diet, the concept of intermittent fasting and the Vegan diet. Almost a 100 years ago he spoke of walking 10 kilometers a day, ensuring that one is aware of markers of unhealthiness like constipation, bad breath, gastritis and acid reflux etc. Todays “Internet of Things” (IOT) approach to tracking one’s health with apps and wearables (like tracking steps, calorie intake etc.) is almost identical to the teachings of Gandhiji! He truly was a visionary in more ways than I ever imagined.

The dependence on pharmaceuticals to treat any and every ailment is even more prevalent now as it was back then. He even spoke about the high pharmaceutical pricing. As predicted, the pharmaceutical industry in India is among the most profitable in the country thanks to our obsession with therapeutic drugs despite the huge margins! Today this obsession with pharmaceutical products has led to the extensive price-capping initiative that has been undertaken to control burgeoning prices.

I do disagree with some of his beliefs especially with regards to pharmaceuticals and vaccines. In his book, he said “For a diseased man to take drugs and medicines would be as foolish as to try to cover up the filth that has accumulated in the inside of the house. The more we cover up the filth, the more rapidly does putrefaction go on. The same is the case with the human body.” His extreme view on drugs fails to appreciate the tremendous difference that drugs such antibiotics and oncology drugs have made to society. The concept of vaccination too bore his wrath. Gandhi mentioned in his book, “Vaccination is a barbarous concept and the biggest delusion of our time.” The concept of vaccination by Edward Jenner has helped control deadly epidemics that ravaged India like Smallpox and polio.

However even today, Gandhiji’s teaching can be incorporated into our advanced healthcare system. The focus on primary and primordial prevention rather than today’s practice of secondary and tertiary prevention is key toward building a sustainable healthcare system. In today’s world with all our elaborate diagnostics and therapeutics (right from artificial intelligence, gene mapping and CRISPR to biologics and nuclear medicine), we are more obsessed with ‘sick’-care rather than ‘health’-care. It is akin to a sailing ship with a leaky hull, in which we research and apply new techniques to cork the holes rather than rebuilding the ship as a whole. Today on the eve of his 150th birthday, it should add ‘salt’ to wounds that the man who championed the Dandi march warned us about all of today’s healthcare issues almost a 100 years ago!